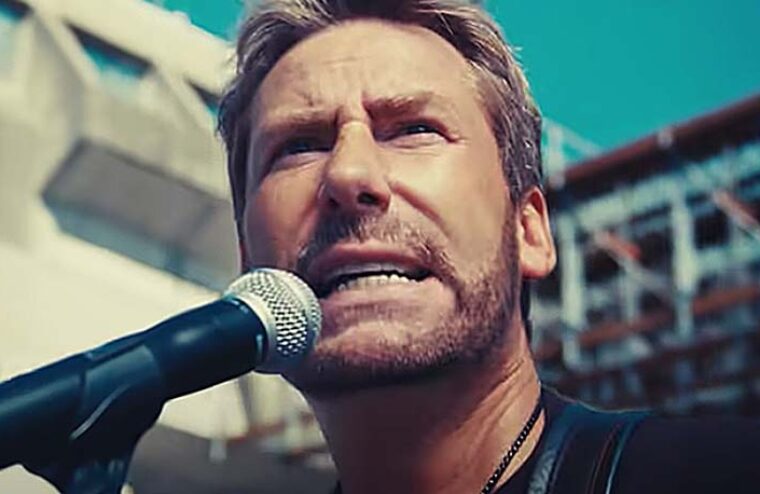 Nickelback just released their first new album in five years, “Get Rollin’.” There has been positive buzz around the group through the release of the album’s first singles, “San Quentin” and “Those Days,” and singer Chad Kroeger has been making the publicity rounds to promote the record.

Kroeger admitted that the feel-good vibes directed toward the band right now isn’t always the case, and he talked with Metal Global about Nickelback being tagged “most hated band.” Turns out, they took the heat off of another big name rock act.

“It’s funny because we were at the American Music Awards, and we were presenting, and we presented to Def Leppard,” Kroeger said. “And when we walked backstage afterwards, Joe Elliott and Phil Collen turned to me, and they were just, like, ‘Dude, thank you so much.’ I’m, like, ‘For what?’ They were, like, ‘For taking the trophy. We get to pass the baton to you for being the most hated band in the world now.’ And I was just, like, ‘Oh, yeah. ‘Cause I want that.'”

Kroeger also said that they found kinship with AC/DC, another band that has taken its fair share of criticism over the years.

“We went for dinner with AC/DC in Chicago years and years and years ago,” Kroeger said. “And this whole thing came up. And Brian Johnson said when they released ‘Back In Black’, they were the most hated band on the planet. So I feel like we’re in good company. [Laughs]”

Kroeger explained how he thinks Nickelback got tagged with the dubious distinction in some people’s eyes.

“I think that because we write so many different kinds of music, I think that if you were listening to a radio station any time between 2000 and 2010, ’11, ’12 even, we were kind of tough to get away from,” he said. “Cause if you didn’t wanna hear it and you changed to a different radio station, you’d probably hear it on there, and then changed to a different radio station, you probably were gonna hear it in so many different places. And we were really tough to get away from. And that’s not my fault.”

“We just write the songs. And so with that comes backlash. And then what happens is then comedians start making jokes, and then it starts making it on to TV, and then it makes it into movies and stuff like that. And then it just turns into this wave of, it’s fun to pick on and it’s an easy joke. And I get it. I understand.”