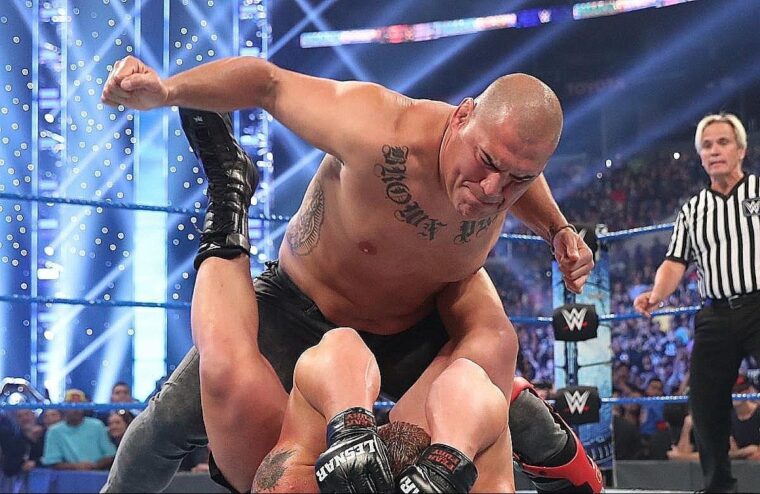 Former two-time UFC Heavyweight Champion Cain Velasquez wowed fans of AAA when he debuted at Triplemanía XXVII on August 3rd, 2019. Wearing a mask, he looked like a veteran performing moves someone with his experience level shouldn’t be able to do. The word quickly spread, and WWE signed him to wrestle Brock Lesnar, who he famously defeated inside the Octagon. Despite such little training, WWE would debut him during the 1st episode of SmackDown on FOX in 2019, setting up a match between the pair at Crown Jewel.

Regrettably, for Velasquez, he looked poor in the match due to a knee injury and was squashed by Lesnar in just over two minutes. Following a single houseshow appearance in Mexico, he was sent to train at the Performance Center before being released. However, his return to the ring is now official as this past weekend, it was announced during AAA’s Heroes Inmortales XIV show he will be returning to the promotion in December.

WWE threw Velasquez in at the deep end, and the fan’s first impressions of him weren’t great. Clearly, though, Velasquez still has big pro wrestling ambitions despite being almost 40. So, hopefully, this return to AAA will allow him to utilize his natural Lucha abilities and redeem himself in the eyes of fans.