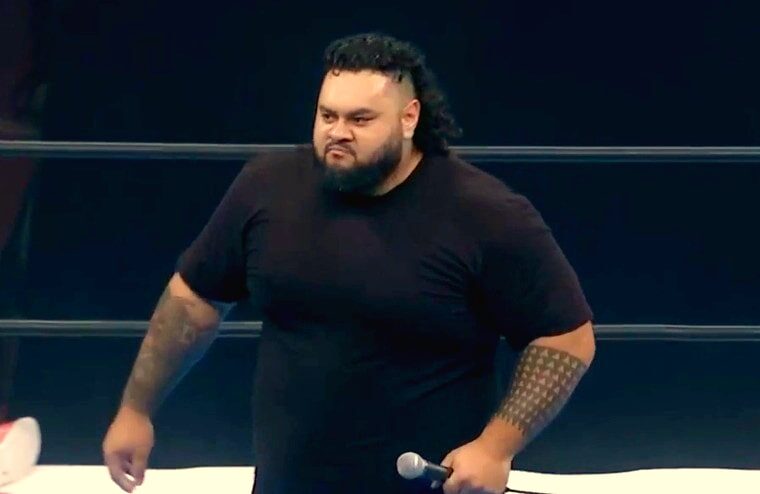 Former NXT North American Champion Bronson Reed has been looking for a new home promotion since being let go by WWE this past August. He had spoken to Ring of Honor, but with them going on hiatus, nothing came from that, and his Impact Wrestling booking for Bound For Glory had to be canceled when his work permit wasn’t ready. Now though, the Australian wrestler who is currently using the name Jonah Rock has debuted for New Japan Pro Wrestling.

His debut came after a match between Moose and Juice Robinson at New Japan’s Battle in the Valley event and saw Jonah stare down Moose before splashing Robinson. Jonah would also lay out David Finlay, who tried to save his tag partner. Finally, Jonah would take the mic and declare that he was New Japan’s top dog and that the real violence was beginning.

Jonah began his career on the Australian independent scene in 2007 before traveling aboard to compete for promotions such as NOAH, Pro Wrestling Guerrilla, and Westside Xtreme Wrestling. He would go on to sign for WWE in 2019, and due to his size and in-ring ability, it was believed he would have a big future in the promotion ahead of him.

However, with his main roster call-up seemingly inevitable, he would wrestle a dark match prior to a SmackDown in June and apparently didn’t impress WWE management. Now though, the 33-year-old has a fresh start ahead of him with New Japan, and he may also be able to resume discussions with Impact Wrestling due to the promotions having a working relationship.