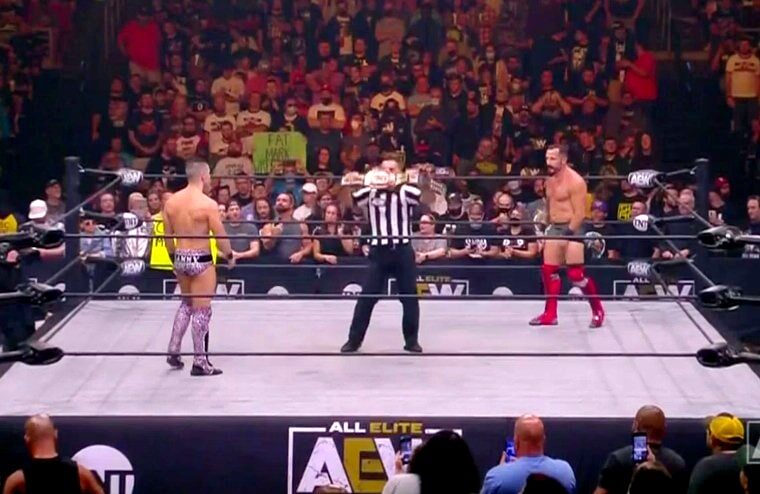 During this week’s episode of Dynamite, Bobby Fish would debut for AEW, having challenged new TNT Champion Sammy Guevara on Twitter last week. The match was competitive, but Guevara would win after avoiding a buzzsaw kick and hitting the GTH out of nowhere for the win. While the match was somewhat brief, 44-year-old Fish did look good, and AEW has since announced that he has officially signed with the company. This had been speculated on since AEW began promoting the match due to the official graphic for the match featuring Fish wearing a t-shirt with an AEW logo in the bottom corner of the artwork.

Fish had previously been with NXT since the brand’s June 23rd, 2017 television tapings, with it announced he had signed a full-time contract the next month. He and longtime tag partner Kyle O’Reilly would go on to align with Adam Cole becoming known as The Undisputed Era and twice held the NXT Tag Team Championship. Unfortunately for him, due to budgetary cuts, he would be released on August 6th, 2021. However, being an NXT talent, he only had a 30-day non-compete clause that allowed him to return to the indie circuit in September. Prior to debuting for AEW, he had most recently wrestled for MLW in their Opera Cup, defeating Lee Moriarty’s in the first round before losing to Davey Richards.