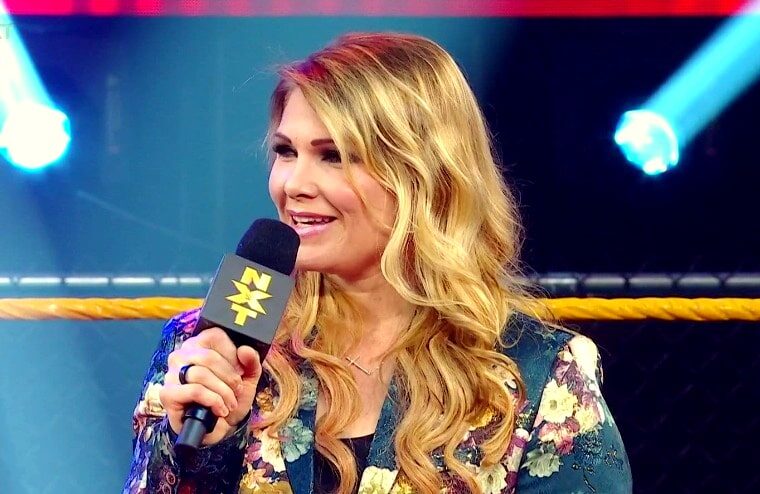 Over the past few months, there have been multiple changes to NXT, and the latest one is going to be behind the announce desk, with Beth Phoneix set to depart. This was revealed on Thursday morning by the 41-year-old herself on social media, with the reason being that was she wants to spend more time with her family, which includes two young daughters. Whether WWE intends to replace her or go to a two-person announce team isn’t known yet, but it should become evident next Tuesday with her final show to be this Sunday’s NXT WarGames event.

Phoenix was a top WWE in-ring performer between 2006 and 2012 after initially joining the developmental promotion territory OVW in 2004. During that time show would win the WWE Women’s Championship three times as well as the Divas Championship once, subsequently being inducted into the WWE Hall of Fame in 2017. She would then come out of retirement in 2019 and frequently teamed with Natalya before joining NXT as a commentator later that year.

Unfortunately for Phoenix, her time in NXT didn’t start well with fans being very critical of her performances, and she has publicly discussed how the adverse reaction reduced her to tears on occasion. However, she didn’t quit and with more experience, became a popular member of the announce team who will now be missed by many. But, as she stated, she is still part of the WWE, so it wouldn’t be a surprise to see her make occasional appearances, especially with WWE previously acknowledging her marriage to Edge.