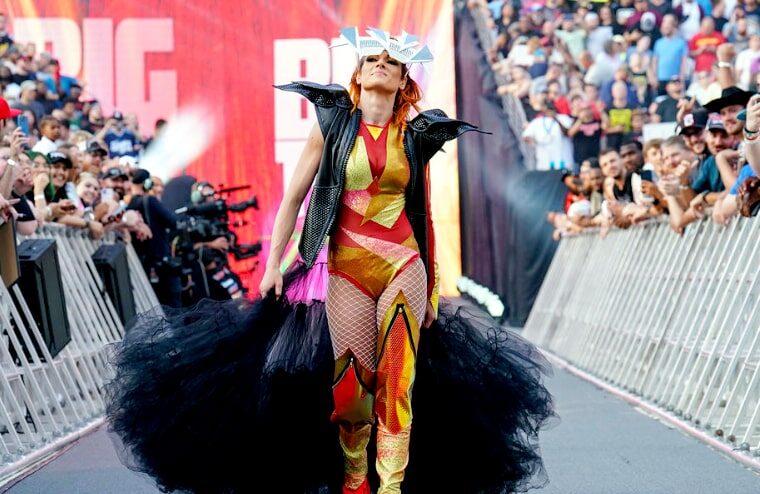 Following her defeat to Bianca Belair in SummerSlam’s opening match, Becky Lynch turned babyface, with it appearing Big Time Becks was going to be replaced by The Man. Unfortunately, though, it seems those plans are up in the air, as she would separate her shoulder during the match. And despite proving her toughness and appearing to put it back in place herself, Fightful Select has reported that she may require surgery, putting the odds at 50/50.

Fightful was told that Lynch separated her shoulder early in her match with Bianca Belair and worked through pain to finish it. So far, the next steps aren’t known, but we’re told it did affect creative to some degree. When we asked, we weren’t given a timetable on her return, and were even told it was 50/50 on possibly needing surgery to fix it. Lynch is expected to miss some ring time, but how long isn’t certain.

If doctors consider the injury to be low grade and surgery isn’t needed, Lynch will likely take between 8 to 16 weeks to recover, treating the injury with ice and a sling. However, if surgery is necessary and screws are required to correct the collarbone’s alignment with the shoulder blade, she could easily be sidelined for a year. Hopefully, though, for WWE and her fans, it’s the former. As a babyface, Lynch is both a needle and merchandise mover who typically delivers in the ring and on the mic.