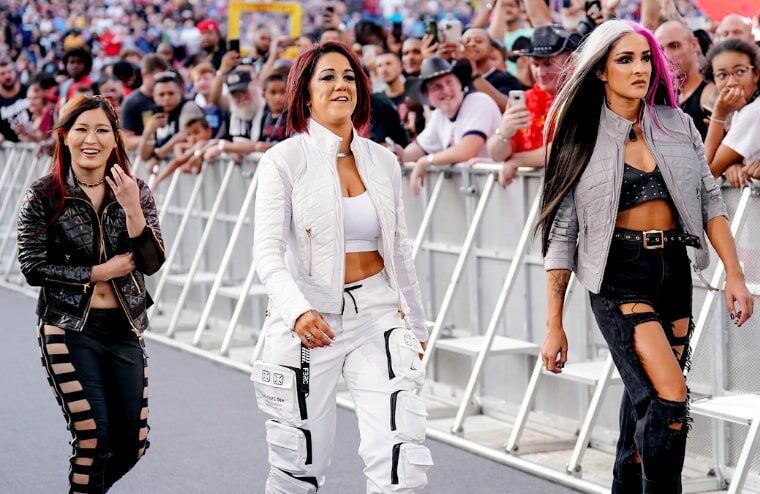 The 35th annual SummerSlam kicked off with Bianca Belair vs. Becky Lynch for the Raw Women’s Championship, and while the bout itself was excellent, the big talking point came post-match. That was because Bayley returned following a long-term injury alongside Dakota Kai and Io Shirai, now going by the name Iyo Sky and there was a staredown between the new stable and Belair and Lynch.

Subsequently, FightFul Select would report that the group had actually been pitched before Kai’s WWE release earlier this year, but Vince McMahon rejected it. Therefore showing Triple H is genuinely in charge nowadays. And now Bayley has taken to Twitter to confirm the group’s name will be “Control.”

The formation of ControL shows how quickly things can change in wrestling, as Kai was focused on her Twitch channel just days ago. At the same time, Shirai was rumored to be on her way out of the company due to her contract expiring and being unhappy not being on the main roster. Now, both seem to set be featured on Raw alongside Bayley. But, of course, the big question will now be with Vince no longer with the company, what other talents he didn’t see star potential in will find themselves being used more prominently in the future?