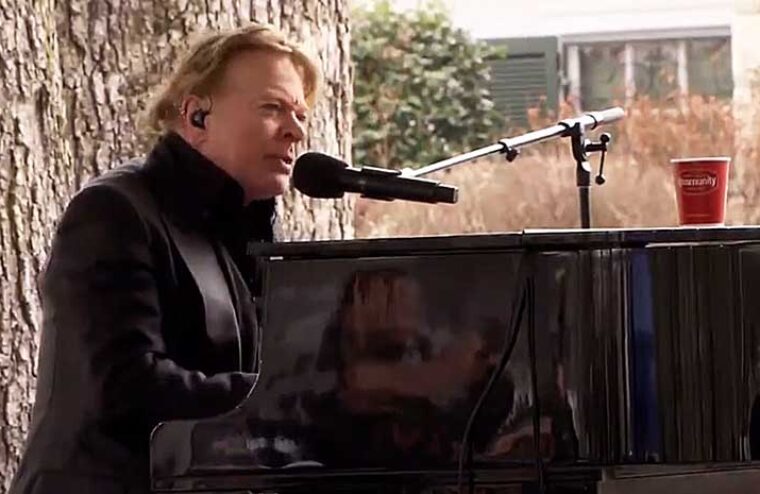 Guns N’ Roses singer Axl Rose was one of the artists to perform, and he did a solo rendition of the GNR classic “November Rain” at the service. Alanis Morissette and Billy Corgan were among the other artists who honored Presley.

“I never in a million years imagined being here, singing under these circumstances,” Rose said prior to his performance. “I do know Lisa loved her family very much, and was fiercely protective of her father and his legacy.”

Rose previously spoke about Presley in a statement to People magazine.

“I will miss my friend Lisa. Her passing, just as her son’s, or as a kid, her father’s, doesn’t seem real. Lisa loved her family, all her children. My heart goes out to them.”

“Her son’s passing was shocking, tragic and devastating,” Rose said. “It was something that, at a point, you obviously didn’t want to bring up but awkwardly would in an effort to let her know you cared and were thinking about her, about them, and to be of any comfort one could, which she appreciated.”

“I wanted her to be happy, to feel good about things, at least as much as one could under the circumstances. And really, with the closeness of their relationship, one could hope — but truthfully, it didn’t seem, at least without some real time passing, a reasonable reality.”

He continued: “What comes after life who knows but I’d like to think they’re together, her and Ben with her father and Ben’s grandfather in some way, and Lisa, and the most important men in her life are happy together.”