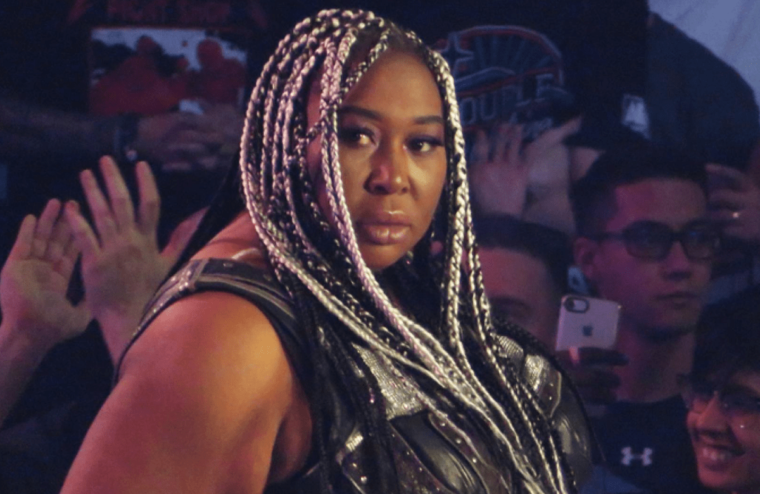 In an interview with the New York Post earlier this week, it was revealed that Awesome Kong would be participating in the Casino Battle Royale that will be featured on the All Out pre-show. This will be Kong’s third appearance for All Elite Wrestling.

Kong’s debut with AEW was a surprise appearance at Double or Nothing back in May when Brandi Rhodes added her to the Britt Baker vs. Nyla Rose vs. Kylie Rae match to make it a fatal four-way. Then Kong was in Brandi’ Rhodes corner at Fight for the Fallen in July helping her defeat Allie. After the match, Awesome Kong and Aja Kong would come face-to-face.

It’s a significant match because the winner of the Casino Battle Royale will advance to the match to decide the first AEW Women’s Champion on AEW’s TNT debut episode on Wednesday, October 2.

Kong said to the New York Post about possibly being in the title match:

“I like records. I like breaking molds. I love making history and what not, so this is putting another notch on my belt, so to speak. Who wouldn’t want that?”

Kong also opened up on her decision to return to professional wrestling:

“After I left TNA it allowed me to take a step back and see what, if anything, else I even wanted to do in wrestling. And then of course with the injuries I accumulated over the years, I thought it was a good time to take a break and let my body heal. So after about three years you kind of get the itch — and that’s when you’re really healthy, physically and mentally, you tend to want to step back in the ring because wrestling never leaves you.”

There will be 21 entrants in the Casino Battle Royale, including “Rowdy” Roddy Piper’s daughter Teal Piper.