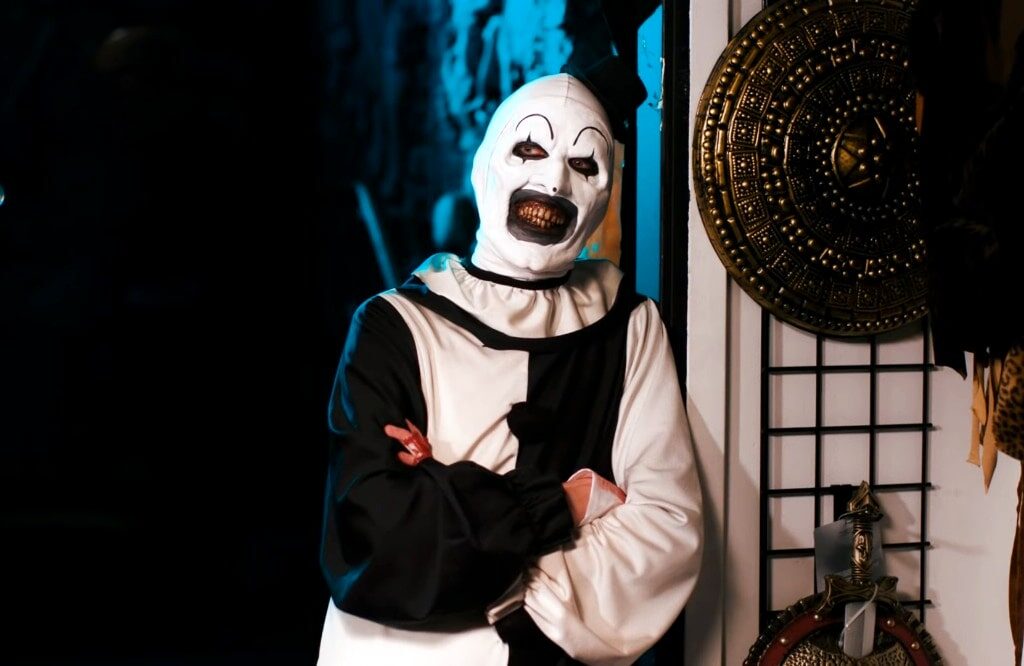 Terrifier was a throwback to horror B movies of the 80’s, and despite only having a modest budget was loved by fans of the genre and a distinct slasher icon named Art the Clown was born. David Howard Thornton, who played the sadistic and silent lead character, was actually a guest on Talk Is Jericho talking about everything involved behind the scenes to bring the character to life, which I highly recommend.

With all successful horror movies, a sequel seemed inevitable, and thanks to help from a successful Kickstarter campaign Terrifier 2 is on its way. You can now watch the just-released teaser trailer below.

No official release date has yet announced, but it’s understood that filming was almost complete when the pandemic hit, so hopefully, it will still be released in time for Halloween.