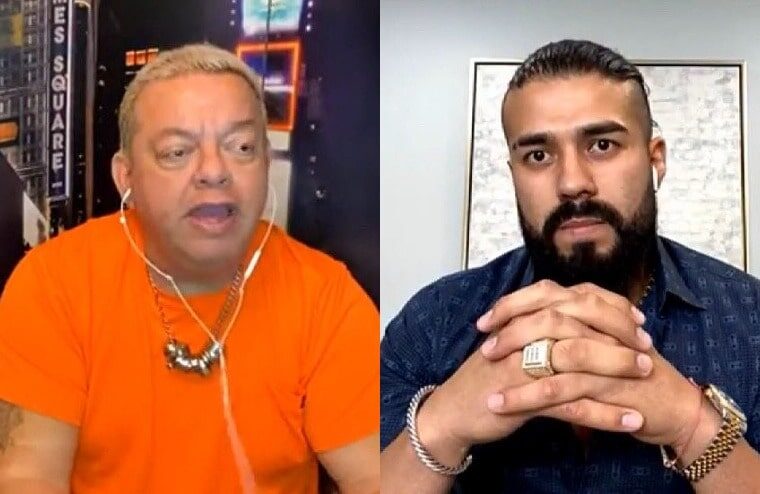 Andrade requested to be released from his WWE contract earlier this month but was initially turned down. However, things changed, and he was officially granted his release on March 21, 2021, without the standard 90 days non-compete clause. This means he is free to wrestle whenever he wants and participate in interviews, and yesterday he spoke with Hugo Savinovich of Lucha Libre Online about his time working for Vince McMahon.

A lot of interesting information came out from the interview with him, saying the most challenging part of leaving WWE was no longer getting to attend events with his fiancée Charlotte Flair anymore and that he was first introduced to her by Karl Anderson. He admitted he initially wanted to keep their relationship secret, but it got out, and most people were happy for them.

He said he walked away from $3 million with WWE, which seems possible if it was a five-year deal signed when AEW was starting up and that he is interested in wrestling for New Japan. Apparently, he had been medically clear to wrestle for months. Still, nobody told Vince McMahon or Triple H, and that’s why he sat out for so long.

He’d also say that he was never meant to be the person to beat Drew McIntyre for the NXT Championship. But was given the opportunity because there was too big of a size difference between Adam Cole and McIntyre. Additionally, he spoke about opting out of future Saudi Arabia events after the famous incident with the plane not being allowed to take off. Though, he seemingly changed his mind as he did compete at WWE Super ShowDown the following year.

The biggest news from the interview, though, was that Charlotte was pulled from WrestleMania because a WWE doctor mistakenly told her that she was pregnant, and WWE changed plans. Despite being told this by a medical professional, Charlotte took numerous home pregnancy tests and had an ultrasound and blood work, which she confirmed not to be pregnant.

Charlotte’s representatives would later issue a statement to a TalkSport journalist to clarify Andrade’s comments, explaining WWE’s doctor had told her that her HCG (Human Chorionic Gonadotropin) levels had come back high, and this is what indicated she was pregnant.

While it seems shocking, a mistake like that can happen if her HCG levels were high, it’s sensible for WWE to take precautions. Although clearly, they were too quick to take her out of WrestleMania, where she was set to challenge Asuka for the Raw Women’s Championship.