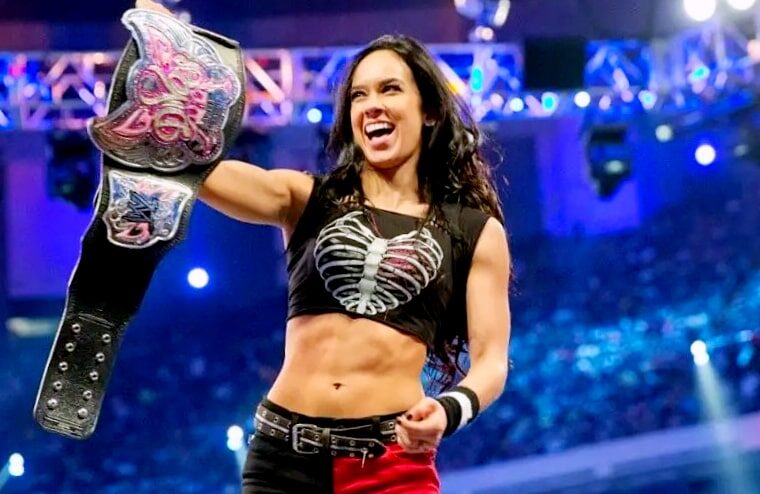 As soon as CM Punk returned to the wrestling ring, fans began speculating whether his wife AJ Lee would eventually join him in AEW. When he name-dropped her during Dynamite, she would start to trend on Twitter, and it appeared there was a real possibility she may be making her own comeback. However, while speaking to NYPost.com, Punk shot down any chances of that happening, revealing that the damage to her vertebrae makes a return improbable.

However, early this week, it was announced that David McLane, the founder of GLOW, is bringing back his Women of Wrestling promotion, and Lee will be both an executive producer and commentator. This again raised the question about a potential in-ring return. Now, on WOW’s YouTube channel, she has stated that she is physically healed enough to wrestle again but doesn’t think the challenge is there.

I will say, I say the same thing in every interview, and it’s always “never say never, but don’t hold your breath.” What I mean by that is, I never say never to anything; physically, mentally, emotionally, I’m healed from everything I’ve gone through in wrestling. I could technically do it, but I’m so enjoying letting the next generation have their spotlight. I got to do everything I wanted to do. So, it really would have to be, is that challenge there? I don’t think the girls need me there. I think that they are going to take over the world all by themselves.

It’s fantastic to hear that Lee could compete again if she wanted, and this news will likely result in future speculation of a comeback. Lee hasn’t wrestled since 2015, with her last match being a six-women tag match on Raw the night after WrestleMania 31. She has since built a new career and is a successful writer, having co-written a comic book version of GLOW based on the Netflix series and four issues of a Dungeons & Dragons limited series. In addition to working on WOW, she is currently working on the film script for a Netflix sequel to the 2013 film 47 Ronin, which starred Keanu Reeves.