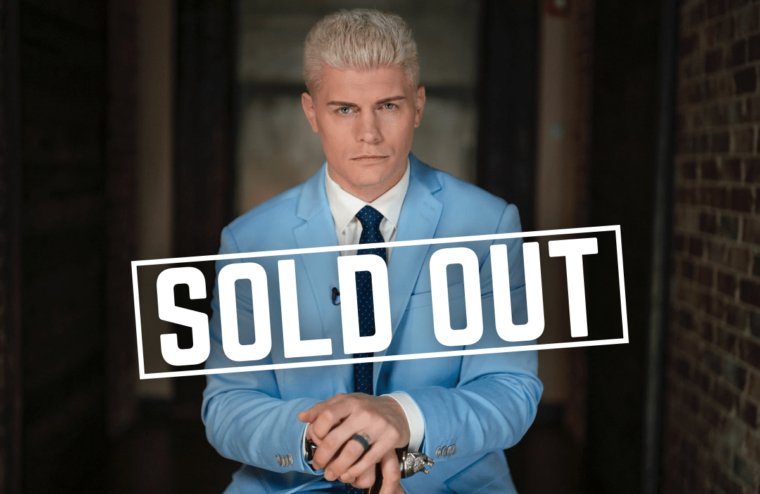 All Elite Wrestling continues to prove that they have V-Triggered the “little engine that could” moniker.

These sell-outs are following another rapid sellout for the October 2 debut of AEW’s TNT show.

All Elite Wrestling is already the only substantial alternative to WWE in terms of notoriety since WCW closed its doors in 2001. Cody, Kenny Omega, and The Young Bucks have taken their vision for what they believe the wrestling business can and should be and built a proven commodity with a foundation made strictly of an initiative that was strong enough to grip the financial backing of Tony Khan.

The only similarity between AEW and the “Little Engine” is that both are providing a safe haven for those that deserve it. The latter carried toys who wanted to be in the arms of children. AEW carries those who have dreamed for success in the wrestling business to come with creative freedom and a deserving wage attached. Ironically, AEW’s mission would have been called the fantasy of the two at one time.

The location of 10/23 and 10/30 shows will be announced on Monday and tickets will be put on sale over the next few weeks.

And we at Web is Jericho would be remiss if we did not say what needs to be said to a certain someone involved with AEW who we tend to favor for some odd reason…..Thank you.