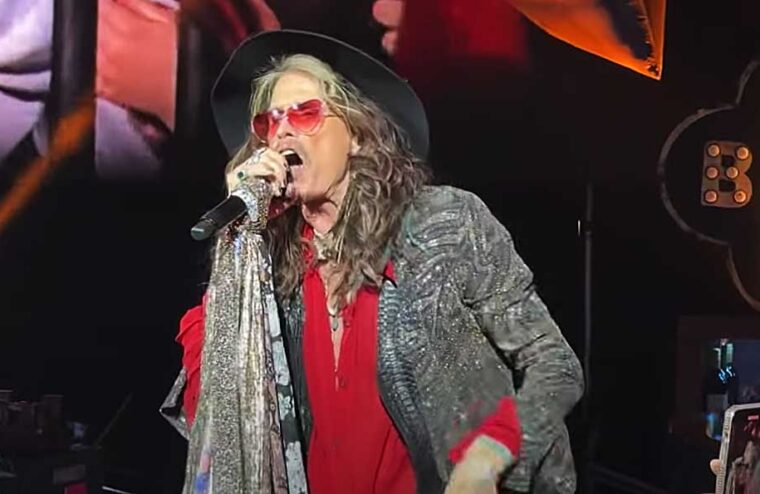 Aerosmith have been busy performing their “Deuces Are Wild” Las Vegas residency, which will come to an end on Dec. 11. Earlier this year, the band had to cancel shows after it was announced singer Steven Tyler had entered a treatment program after relapsing on pain medication following foot surgery.

On Friday night, the band again had to cancel a show, this time for an undisclosed illness suffered by the 74-year-old frontman.

The band said in a statement: “It is with great disappointment that we are forced to cancel tonight’s show in Las Vegas due to Steven feeling unwell and unable to perform. He is expected to make a full recovery for Monday night’s Las Vegas show.”

“We sincerely apologize for the last minute notice. Tickets purchased through Ticketmaster.com will be automatically refunded. All other refunds will be available at point of purchase.”

Earlier this week, the band celebrated that Universal Music Group now houses the band’s entire music catalog and will be home to future new music releases, merchandise and audio-visual content.

In addition to supporting the band’s consolidated catalog, this relationship will also make use of unprecedented access to the storied “Vindaloo Vaults” and personal archives of bandmembers Steven Tyler, Joe Perry, Tom Hamilton, Joey Kramer and Brad Whitford, who will actively help curate their collections of music, photos, video footage, artwork, journals, set lists and memorabilia.

Aerosmith has sold more than 150 million albums worldwide since forming 50 years ago.