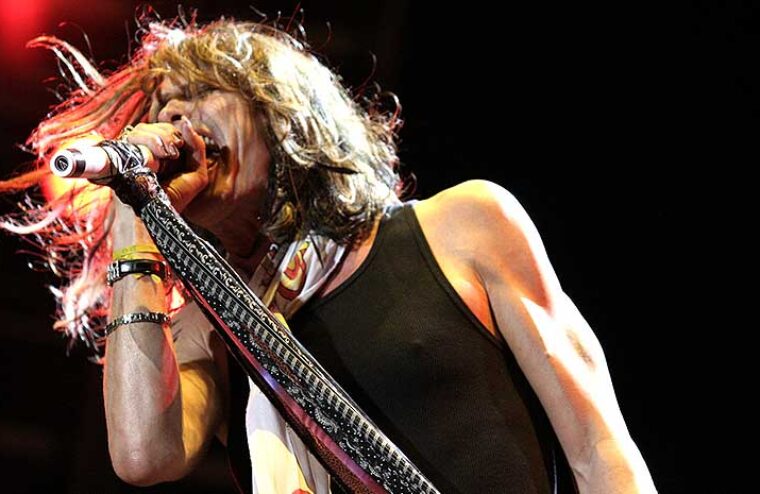 Aerosmith was set to resume live shows with a Las Vegas residency this summer. The residency, which opened in 2019 at Park MGM, drew excellent reviews from fans and critics for combining hits with deep cuts.  Unfortunately, the first portion of this year’s dates in June and July dates been canceled due to singer Steven Tyler having to check into a treatment program.

“As many of you know, our beloved brother Steven has worked on his sobriety for many years,” the band said in a statement. “After foot surgery to prepare for the stage and the necessity of pain management during the process, he has recently relapsed and voluntarily entered a treatment program to concentrate on his health and recovery. We are truly sorry to inform our fans and friends that we must cancel our first set of Las Vegas Residency dates this June and July while he focuses on his well-being. We will continue our 2022 dates starting in September, and we’ll let you know any further updates as soon as we can. We are devastated that we have inconvenienced so many of you, especially our most loyal fans who often travel great distances to experience our shows.“

“Thank you for your understanding and for your support. If you purchased your tickets via Ticketmaster, you will be refunded and will receive an email shortly with details, otherwise please contact your point of purchase for information on refunds.”

Tyler has previously been very open about his drug use from years past. “You have a shot of Jack Daniel’s and you play Madison Square Garden and you get offstage and you go clubbing with Jimmy Page — come on!” the 74-year-old said. “After two encores in Madison Square Garden, you don’t go and play shuffleboard. Or Yahtzee, you know? You go and rock the f*ck out. You’ve done something that you never thought you could, and you actually think that you are a super-being.”

Tyler added: “We would do cocaine to go up, quaaludes to come down. We would drink and then snort some coke until we thought we were straight. But that’s not true — you’re just drunk and coked out. It was more or less the thing to do, back then as well. I don’t think there were any bands that even knew what sober was.”

Tyler said that drugs actually helped his performances at first, but once he became more addicted to substances, they took their toll. “It absolutely works for a while,” he said. “But then things go wrong. You become addicted, it’s something you do all the time, and suddenly it starts influencing your greatness. What happens with using is: It works in the beginning, but it doesn’t work in the end. It takes you down. There’s nothing but jail, insanity or death.”