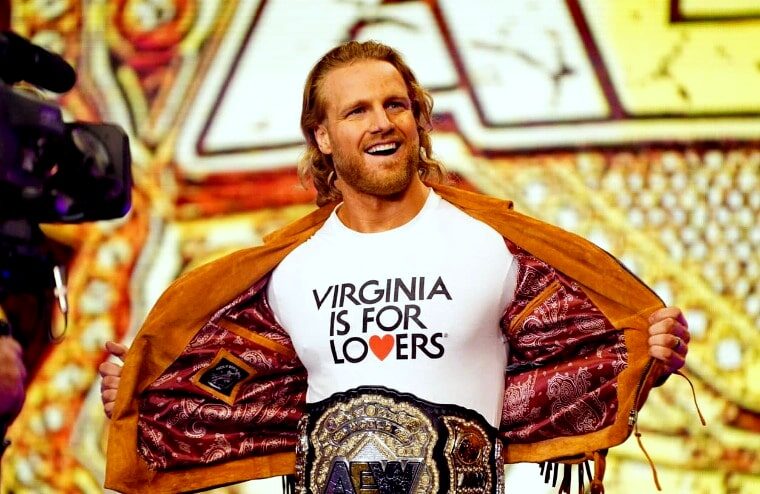 With the continuous rise of podcasts, many of those involved in the business have found a way to make money without even having to leave home. And while some of these individuals take the high road choosing to reminisce about their time in the spotlight. In contrast, others have become popular by bashing the current product. Now, for reasons undisclosed, AEW’s Adam Page has taken to Twitter to blast those who chose to criticize the present generation, saying he hopes that when he is old and retired, he doesn’t lower himself to do a “sh*t ass podcast” that trashes those who come after him.

Precisely who Page is referring to isn’t clear, but the usual suspects would be Eric Bischoff, Disco Inferno, and Jim Cornette, who all remain part of the business via podcasting. Although, given that Booker T has recently caused controversy on Twitter for disparaging Adam Cole’s body, it’s possible his tweet was aimed at him. However, regardless of who it was directed at, it seems doubtful anything will change in the future, with there being a market for those that hate-watch pro wrestling.