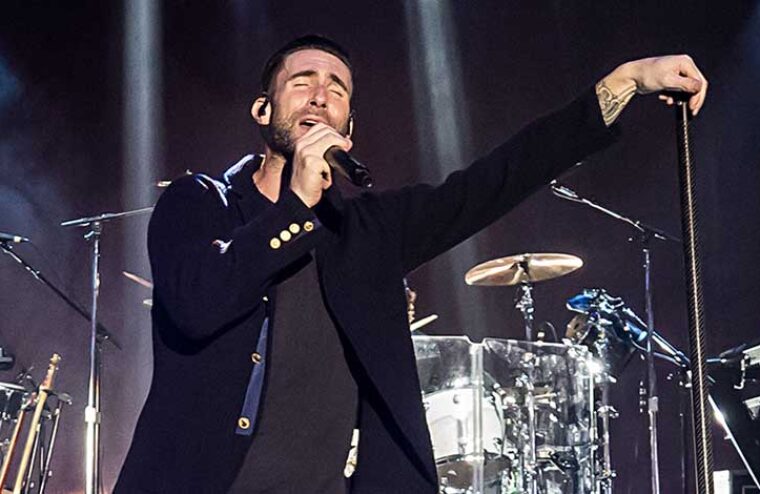 Earlier this week, the New York Post and TMZ reported that an Instagram model claimed she and Maroon frontman Adam Levine had an affair. Sumner Stroh said in a TikTok post that she had “an affair with a man who was married to a Victoria’s Secret model.” She said she posses alleged receipts to prove the relationship.

Stroh also claimed that Levine wrote to her: “Ok serious question. I’m having another baby and if it’s w boy I really wanna name it Sumner. You ok with that? DEAD serious.” Levine denied having an affair but admitted he “crossed a line.”

“I used poor judgment in speaking with anyone other than my wife in ANY kind of flirtatious manner,” Levine told TMZ. “I did not have an affair, nevertheless, I crossed the line during a regrettable period of my life. In certain instances it became inappropriate. I have addressed that and taken proactive steps to remedy this with my family. My wife and my family is all I care about in this world. To be this naive and stupid enough to risk the only thing that truly matters to me was the greatest mistake I could ever make. I will never make it again. I take full responsibility. We will get through it and we will get through it together.”

Following the story, other women came forward to say they also had flirty DMs with the Maroon 5 singer. One of the alleged interactions revealed Levine throwing shade at women who listen to heavy metal. A woman named Alyson Rosef said: “I’m so weird too and only listen to metal lol.” To which Levine allegedly replied: “Said no hot chicks ever other than you.”

It’s not the first time Levine has dissed rock music. He disparaged the genre previously saying “there aren’t any bands anymore.” Slipknot’s Corey Taylor called him a “schmuck” after Levine told Variety:  “Rock music is nowhere, really. I don’t know where it is. If it’s around, no one’s invited me to the party. All of the innovation and the incredible things happening in music are in hip-hop. It’s better than everything else.”